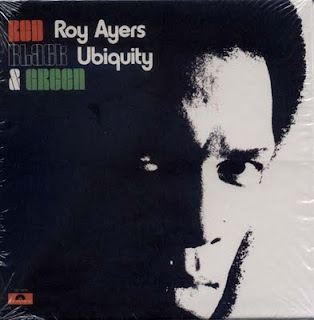 The words versatile and multi-talented seem to damn vibraphonist/bandleader Roy Ayers with faint praise, but summing up a musician of this quality without going over the moon is a tough task. Known to the hip-hop generation as Icon Man of acid jazz, Roy Ayers roots extend deep into bop. He started playing with West Coast jazz ensembles back in the early Sixties when he was 22 or so, working with the likes of Chico Hamilton, Gerald Wilson and Hampton Hawes, among others. In 1966, he hooked up with jazz flutist Herbie Mann, and performed and recorded him for four years, most notably on Mann's Concerto Grosso In D Blues and Memphis Underground albums. By 1970, he was ready to move on, which he did with Mann's blessing and assistance. He formed the Roy Ayers Ubiquity, with an ever-changing cast that included saxman Sonny Fortune (who appears on this disc) and percussionists Billy Cobham and Alphonse Mouzon (who don't). Red Black & Green came along in 1973, at about midpoint in Ayers' Polydor career. He manages to straddle the line between jazz and soul quite comfortably, but that was an era (think Grover Washington Jr. and George Benson's CTI-era recordings) when the borders were fluid. The disc went Top 5 on the Billboard jazz chart, though it contains versions of such soul classics as Papa Was A Rolling Stone and Ain't No Sunshine. 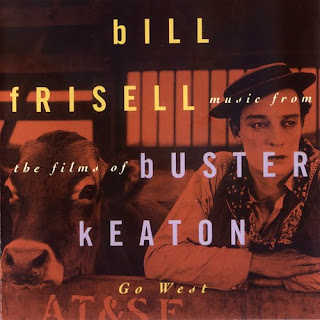 Amazon.com essential recording
Guitarist Bill Frisell's exploration of 20th-century Americana has led him to many places, but the films of silent-screen comedian Buster Keaton have been a special inspiration. What makes this "background" music so compelling is Frisell's ability to reimagine the particular landscape of Keaton's Wild West, its wide-open spaces and doomed humor. His compositional materials are almost minimalist. A few short melodies recur throughout, and the bass motif that appears with the brief "Box Car" appears again and again, in "Train," "Bullfight," "New Day," and "Cattle Drive," until it assumes the inexorable momentum of narrative. In his handling of these materials, Frisell is able to suggest a host of other musics (like the blues of "Card Game" and the dissonant near-flamenco of "Ambush") and a range of complex emotions. His then-regular partners make essential contributions: Kermit Driscoll provides rock-steady bass lines, while Joey Baron's creative use of percussion extends to using woodblocks for both humor and foreboding. Like Keaton, Frisell has the ability to take the expected, even the cliché, and make it resonate with subtle and sometimes disturbing dimensions. In the process, he has created a score that not only enriches the film but is able to stand on its own. For another Frisell take on Keaton, check out the shorter High Sign/One Week. --Stuart Broomer

For maximum enjoyment of this masterwork, one of course has to listen to the music while watching the film, he's in for an unforgettable trip, this 'soundtrack' works wonders on old Buster's antics carrying them to the late 20th century with aplomb -- kudos to these three master musicians then, and especially to Baron who propels the whole band.-- d3lta

All compositions by Bill Frisell