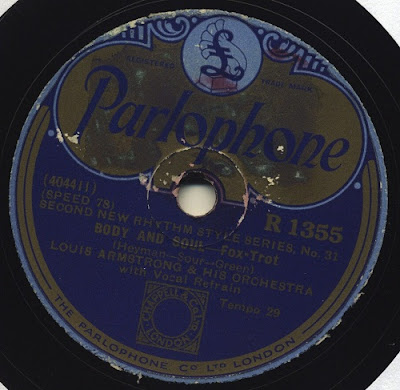 Beginning in about 1929 or 1930, Parlophone started a series of American jazz records on their "Rhythm Style Series". Edgar Jackson was the director of this series, which was issued within the existing R- series (the first issue was R-448). Culled from the American OKeh label, artists like Louis Armstrong, Bix Beiderbecke, Frank Trumbauer, Duke Ellington, Miff Mole, and other major artists who recorded for OKeh. These records were usually "split-coupled" (the top and bottom side of each record was usually by different artists and did not correspond with the original American coupling). The "Second New Rhythm-Style" series replaced the first series in about 1931, and there was a separate series for each year from 1934 through 1941, as well as some miscellany series. These 78's were popular and remained in print for years. Even though these records were never licensed for sale in the U.S., they were heavily imported through jazz shops like Commodore and Liberty in the late 1930s and were sold through the 1940s and into the early 1950s. They are treasured by collectors because they are pressed from the original stampers and usually sound much better than the worn and usually rare U.S. OKeh original records.

A completely new lineup for the Orchestra (except for the great Hampton). 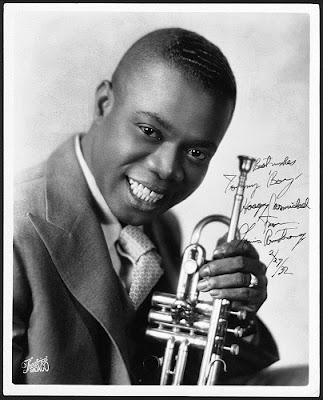 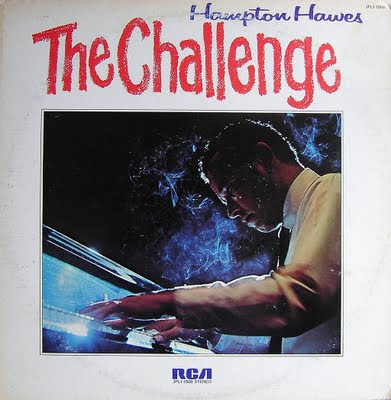 Although it does not say it anywhere on this LP (originally recorded in Japan for RCA), the "challenge" was that this was Hampton Hawes' first set of unaccompanied piano solos. Although based in bop, Hawes was always much more than a one-handed pianist, and he proves up to the challenge. The repertoire includes jazz standards, three originals, and the current pop tune "Who Can I Turn To." Throughout the date, the pianist shows that he could create stirring music without the assistance of a rhythm section. Unfortunately, this music (last put out on a Storyville LP) has yet to be reissued on CD. 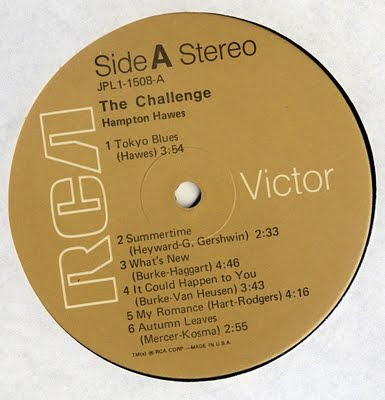 Email ThisBlogThis!Share to TwitterShare to FacebookShare to Pinterest
Labels: hampton hawes, the challenge 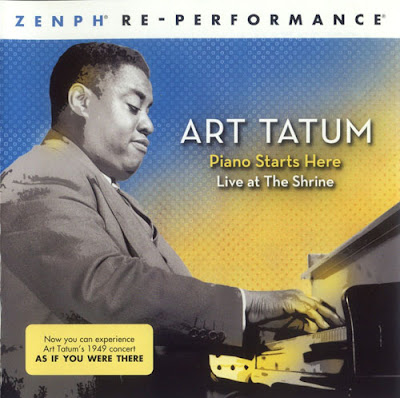 Sony's take of the Art Tatum 1933 and 1949 classic sets using Zenph's zany technology and using the same Los Angeles Shrine auditorium where these historic performances took place. If you want to hear how Art Tatum would be caught on tape using today's technology, that's the one to go for. For comparison's sake I uploaded the real Tatum performances, you might want to check these out.

Recorded live on September 23, 2007 at the Shrine Auditorium, LA, CA 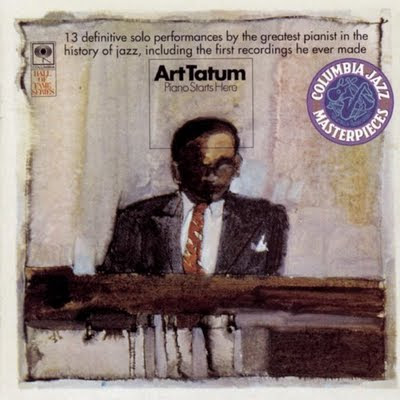 There are many Art Tatum records available, but this is the one to pull out to amaze friends, particularly with Tatum's wondrous version of "Tiger Rag," during which he sounds like three pianists jamming together. This CD consists of Tatum's first studio session as a leader in 1033 (which resulted in "Tea for Two," "St. Louis Blues," "Tiger Rag," and "Sophisticated Lady") and a remarkable solo concert performance from the spring of 1949. While "Tiger Rag" dwarfs everything else, the live set is highlighted by a very adventurous, yet seemingly effortless exploration of "Yesterdays," a ridiculously rapid "I Know That You Know," and the hard-cooking "Tatum Pole Boogie." This is an essential set of miraculous music that cannot be praised highly enough. ~ Scott Yanow 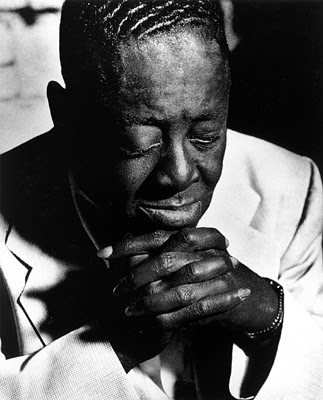 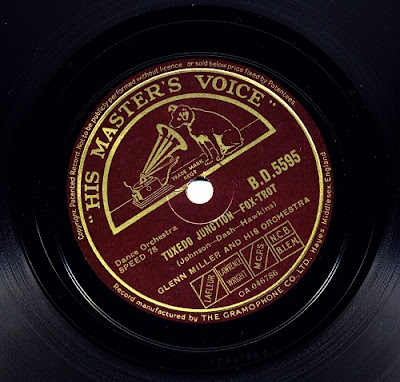 The Glenn Miller Orchestra fronted by The Man himself in Tuxedo Junction, one of the coolest tunes ever to come out of the Big Band era and a smash hit (number one for nine weeks on Billboard's Juke Box chart in 1940) and the everlasting ballad Danny Boy aka Londonderry Air. This is the Glenn Miller Orchestra at its very best. 78rpm record transfer from my personal collection.

Dual 1019 turntable
Shure M78S cartridge
Rotel RHQ-970 Michi Phono stage
A to D: M-Audio Audiophile 192 soundcard via Audacity
Cancelling of RIAA equalization, application of 'correct' eq
Click and crackle removal with Click Repair and de-hissing with DeNoise, the aim being of staying as close to the original without subtracting from the signal.

Unprocessed raw file included for the brave to experiment, enjoy 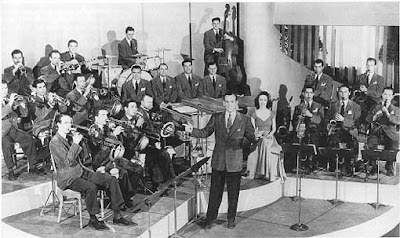