Here's Art Blakey and his Jazz Messengers at the Umbria Jazz Festival in Orvieto, Italy, on July 22, 1976. It is indeed touching that Art opted to stick to his bebop guns in an age where every jazzman and his dog jumped on the funk/fusion/synth/disco bandwagon. That of course meant a diminished audience, but the music is nothing short of breathtaking and immortal as can clearly be seen almost four decades later. 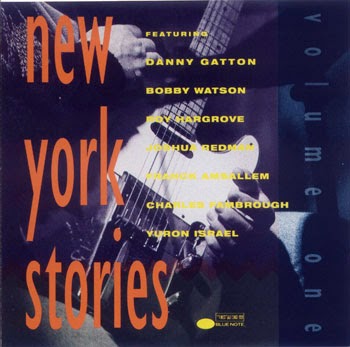 For the making of this rare, out-of-print gem from 1992 some stellar performers gathered in NYC to celebrate the time-honored habit of the studio jam session. The gentlemen in question were the great late Danny Gatton on guitar, Bobby Watson on alto sax, Roy Hargrove on trumpet, Joshua Redman on tenor sax (on his first recording), Franck Amsallem on piano, Charles Fambrough on bass and Yuron Israel on drums. The concept was that each musician would bring a composition to the studio where it was recorded in the least takes possible in order to convey that live feel. The results might not be of Miles' So What proportions (which was recorded in the exact same way), but these guys show the world what an accomplished jazz player knowing his chops can do in a spontaneous musical situation - a lot. Alas, this splendid idea from the Blue Note label is laying at the bottom of the Ocean of Great Jazz Ideas and a Vol.2 was never released, so we have to cherish Vol.1 we have here as much as we can.